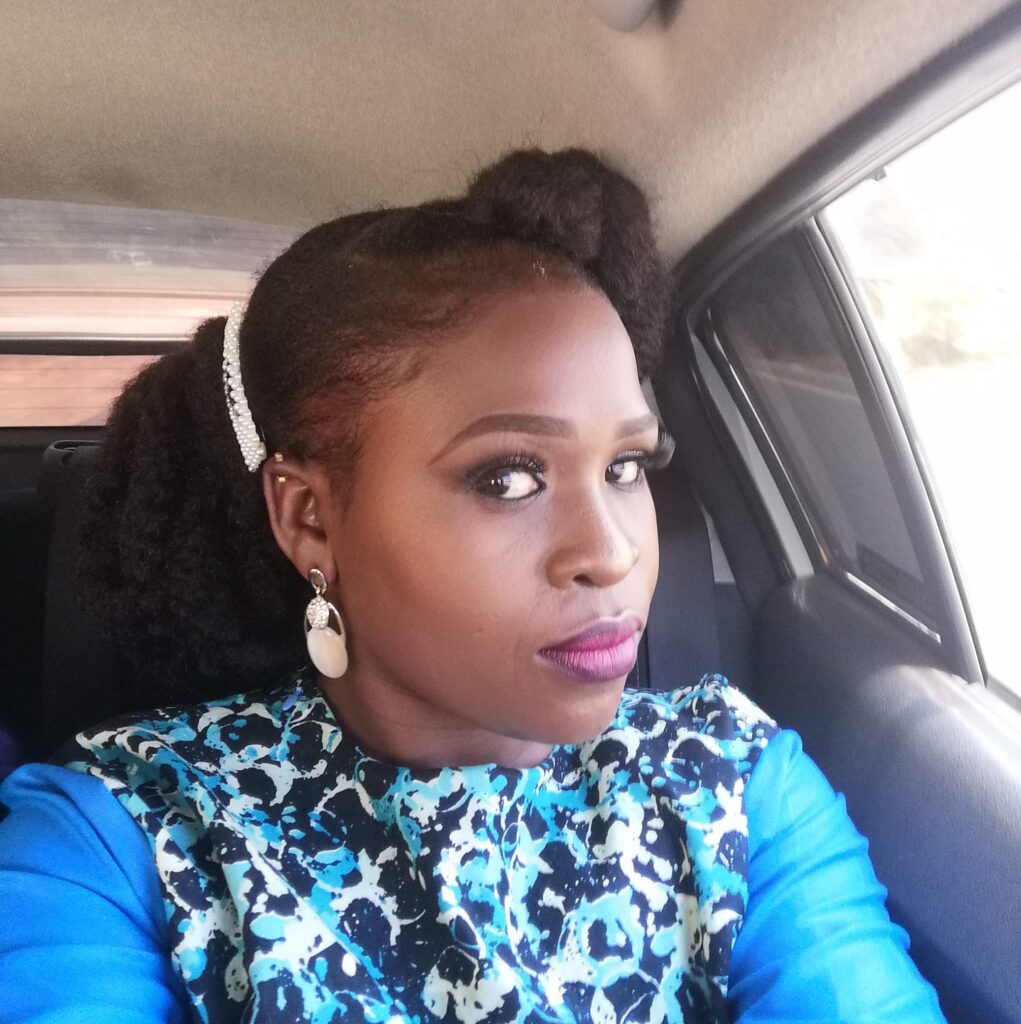 CITY ON A SLOPE

Those years it rained in January, watching the stars in the clear night sky and moonwalks was a punishment, not therapeutical. We lived in a missionary-infested village under Morro Mountain. Several streams flowed from the mountain; their waters clear and blue as they meandered past my grandmother’s compound leaving dark, white, and shiny pebbles in their course. The community was close-knit by love considering that our closest neighbors were more than two kilometers away.  The plains were rich with crops and snakes, the brown and bare Mt. Morro towered over the village with pride. Our little bare feet were not allowed to go near the mountain, legend had it that dangerous snakes, animals, and the witch who cooked and ate children lived there.  The nights were cool and quiet. The mornings were lively with my grandmother’s voice singing hymns and greeting every passerby.

My first sight most mornings was the smoke coming from the little green slope near the peak of the mountain. During the nights, I could peep through the hole in my window just to see the flickering lights on that slope. Grandma said we could never talk about it. Those days my emotions made themselves felt in my gut, being offended by anyone was a recipe for a tummy ache. We left the compound on Sundays and some market days.  On this particular day, I wore the flowery dress that my mother had brought me on Christmas day. I and grandma walked to the market to refill the home supplies.  After two hours walk, and a bowl of yams, we got to the marketplace. Life went on for people in the market, it was fascinating to see other humans.  “that’s the price for last, tomato prices are high in the city but what to do, we have to eat” Maria said as my grandmother tried to negotiate for a kilo of tomatoes while holding my hand in hers. It was to the 21st century and nothing had changed but the number. By now, the country would have miraculously stripped off its shady veil to reveal something colorful, but the economic and political factors remained constant

I thought grown-ups loved to complain. They would complain about the sun, then complain about the rain, the pests eating the crops, their husbands, the government, the onions… heck, they even complained about complaining.  My eyes were fixated on the sewing machine nearby, with every step, the machine’s needle pierced the cloth and I was counting the number of pushes the beautiful tailor required to complete the skirt. My peaceful state was interrupted by some commotion and the tightening of the grip.  That’s when I beheld him, he walked in the middle of the road with his unkempt hair and green polythene bag in hand. Maria whispered, “Mangeleva is here”. Every village has a madman, our village had more than six of those. Some walked all over the village shouting, others walked silently grasping their dirty basket of belonging on their heads.  Mangeleva was the most popular among them, he was quiet and never spoke a word. Rumor had it that the only thing he knew was time, he could never respond to anything, even the greetings for god.

He lived on the green slope of Morro Mountain and only visited the market on alternating market days.  Nothing was known about him, his family, or his origin. People woke up one morning and saw smoke from the slope and thought it was the witch who cooked children until the day a boy took his cattle too close to the slope and came down screaming. Mangeleva never chased women and children across the village, never made howling sounds at night and yet was considered the senior mad man.  He bought his items without uttering a word, he would point out to cassava while the seller stared in fear, unwrap the money from his handkerchief and exchange it for the cassava in silence. Mangeleva had one friend in the market, the shoemaker at the crossroads between Inga and Kungu village. The shoemaker was a fat-bellied man with a hefty laugher. He had three chins and the back of his neck resembled the buttocks of a hippo. Since the heat from the sun would make sweat ooze out of his lined face like oil, he had an improvised shade made out of an old red umbrella. Mangeleva would sit next to the shade and the two men would communicate in silence as a crowd of people gathered.

In the early 1900s, Mangeleva was a successful businessman in the city. He was the fixer-upper of taxation and legal issues for the most senior individuals in the tall buildings. Having been born in a secluded village far away from our village, he grew up hearing his single mom utter the words “education is the key”.  Although his mind questioned whether some people had spare keys to this thing called life, Mangeleva strived to excel. And excelling he did when he was the top student in the district after the O levels. Women ululated and men talked about him in their drinking dens while occasionally laughing like cavemen. For some time, every child in the village was forced to stand under his shadow with mothers shouting “why can’t you be like Kamene’s son, he is obedient and passes his exams”.  The same star that had ensured he excelled in his studies lit his path all through his secondary and university years. He was a fortunate man and the pride of his village. In the city, he drafted contract after contract, he ensured that the wealthy hide their money where inflation and termites could not reach. He was a proud husband; the wife of his youth was everything she had asked for. She was not one of those ladies that paraded their thighs, she didn’t shave her eyebrows just to draw them back with a black pencil. Those were the girls his father had warned him about.

You see, maybe, marriage is not based on our biology and contraception has made the need for commitment obsolete.  While he walked around the offices with his nicely ironed suits and a laptop bag, some ladies were taking notes. Sheila, Mangeleva’s wife, was one of those women with a round waist ruined by childbearing making it impossible for dresses to stay in place. This made her unfit as an “escort” in the big meetings where business deals were discussed. The politicians and the elite often showed up with their hands wrapped around tiny women’s waists wearing dresses that outlined the circulatory system.  As a result of the pressure, Mangeleva got himself one of those too, it was a no emotions involved entanglement that was to be kept secret. And secret it was, until one day she called to say she was expectant.

Sheila always knew something was off, he stopped touching her. She found out about the apartment, the affair, and the child on the way. She felt betrayed. As days went by, Sheila started losing interest in him. She disconnected from everything she once admired from her husband. She used to love how he would snore in his sleep, now it sounded like an annoying lion beside her. His once authoritative voice turned into a sound similar to that of a camel on heat.  Day in day out she wondered, how could she hate someone for the same reasons that made her attracted to him?  So, she went on a mission to make him hate her in the back. After all, sometimes the right thing to do is wrong. Finally, all the women in her were tired, and she confronted her beloved husband. She spilled the words in her heart out with great emotion and strife, but somewhere, between then and now, he stopped listening to her. She felt ignored as he responded, “don’t disrespect me, woman”. Those days, divorce was unheard of, how could a young woman leave her successful husband, doesn’t she know how to pray for him, cook good food and lower her voice? After all, he comes back to her every 2 am. Why was she so demanding? Article 456 of the unwritten social rules stated that no woman should be found dead or alive, leaving her husband.

So, Sheila stayed, promised to stand by her husband who provided the comfort that her parents wanted to enjoy from a wealthy son-in-law.  She could play all parts that life cast her in, she knew all her lines. Besides, her husband’s best friend always assured her that it was the devil’s work, Mangeleva was going to come back to his senses someday.  James was always available; he was considerate and called her “our beautiful wife”. With another baby on the way, Mangeleva “worked” late hours but James didn’t, he brought bread, checked up on her and the kids, and assured her Mangeleva loved his family, “It is you he will choose”, he would say occasionally.  She had an idea of what the landscape of her life should look like. The transformation of her now violent and drunkard husband felt like a distant dream. Every time James bdropped her husband home, she would feel her heart skip a jump. She would steal gazes at James, smell his perfume when he came near, and ooh, how he greeted the children with warmth.  Moisture would collect in the middle of her legs whenever he was around.  There was no mistake about how he felt about him, roses are red, violets are blue and she was in love with her husband’s best friend. The love would carry her to a place of sanity, danger was lurking, she would lose her respect as a woman. And off she went with the flow of her passions. She kissed James on the cheeks, told him she loved him. Turns out, their love was mutual. Her life’s journey had gotten her to that island, she was burning the ship that got her there.

Time does fly, as Sheila and James existed in secret, Mangeleva’s  child was born. Child support claims were filed, the children’s court played its role on Mangeleva’s payroll.  His business grew, so did the risks. The government formed an anti-corruption agency. The village people would not let Mangeleva prosper, the agency audited his financial statements, the arm of the law caught up with him. Thanks to his connections he stayed out of jail, he paid the court millions as cash bail. Sheila watched life unfold from a distance.  The bank placed a notice on their city mansion. Days later, Sheila asked for a break, she took the kids in her break. She never came back. The house and the car were repossessed and poverty wrapped his hands across Mangeleva.  That’s when he found his way to our village, through a friend. He took the abandoned shed on the slope overlooking the villages below. The air was calm up, he built his city on the slope.

We did not know what activities took place in the shade on the slope, so adults created their versions of the story. One village’s hero became our village’s madman.  And as the world transitioned from one millennium to another, a girl brought her shoes to the repairman. Mangeleva and the girl locked eyes, she smiled and she uttered “hello there”.

1 thought on “CITY ON A SLOPE”